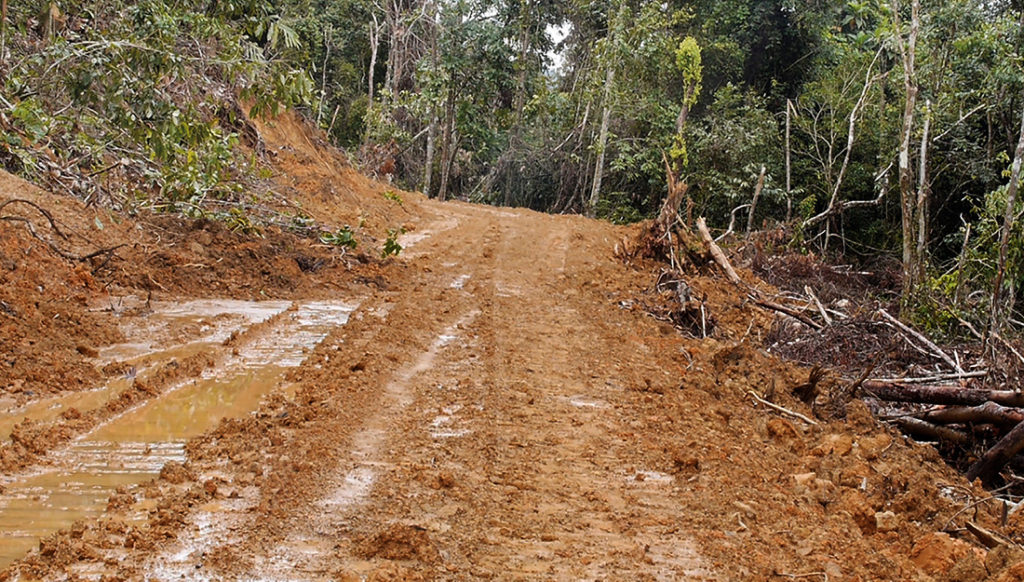 The title, Durn that Road, quotes the character Anse Bundren in William Faulkner’s 1930 novel As I Lay Dying. Anse is introduced to us through his rant against a road he finds threatening, mainly because it brings people (i.e. the taxman) to his door, but also because of its implicit demand for movement. “When He aims for something to be always a moving, He makes it longways, like a road or a horse or a wagon, but when He aims for something to stay put, He makes it up and down ways, like a tree or a man.”

For her exhibition at Bradwolff Projects, Annabel has developed a multimedia installation, which takes as its point of departure a road through the rainforest in the state of Sarawak on Borneo (East Malaysia). This logging road started on the coast and was gradually extended through to villages near the border with Indonesia where Sa'ban is spoken. Dr Beatrice Clayre began studying Sa'ban in the 1960s. In 2013 she published a trilingual Malay-Sa’ban-English picture dictionary, by which time the changes to village life brought about by the road had become tangible.  In 2016, Annabel travelled the length of the road with Dr Clayre’s son, anthropologist Alasdair Clayre and two Sa’ban friends, filming and interviewing people about the road, their languages and their ways of life.

They started with simple questions about how the arrival of a road affects the people living along it, and how a minority language fares under the changes a road brings. But a line through the rainforest that links communities, which used to be separated by many days travel on foot or by boat, also links other lines that criss-cross the globe, following the long flow of financial capital, raw materials, and religion.