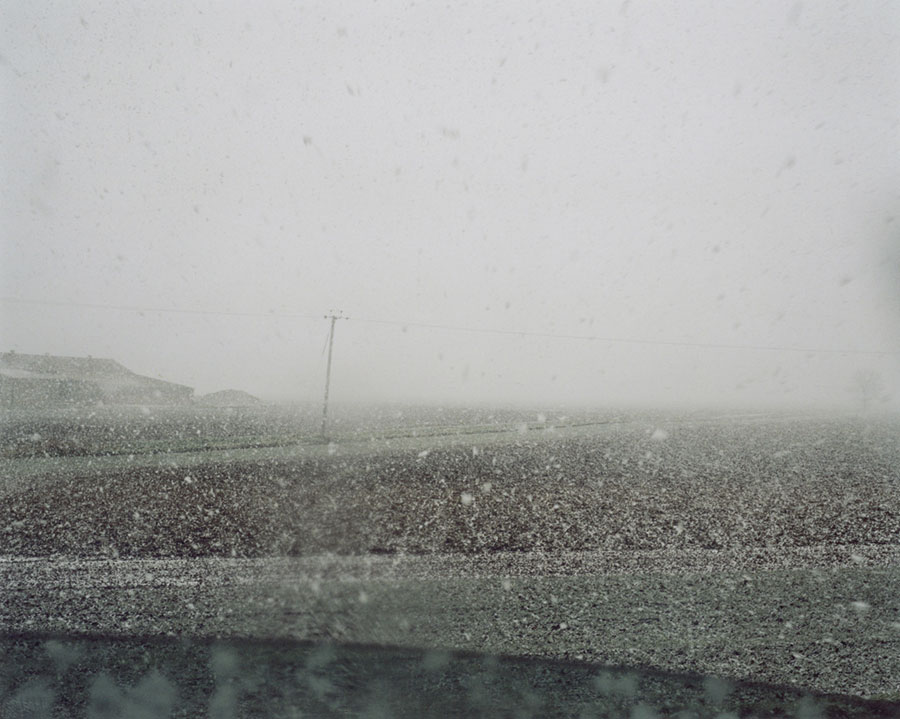 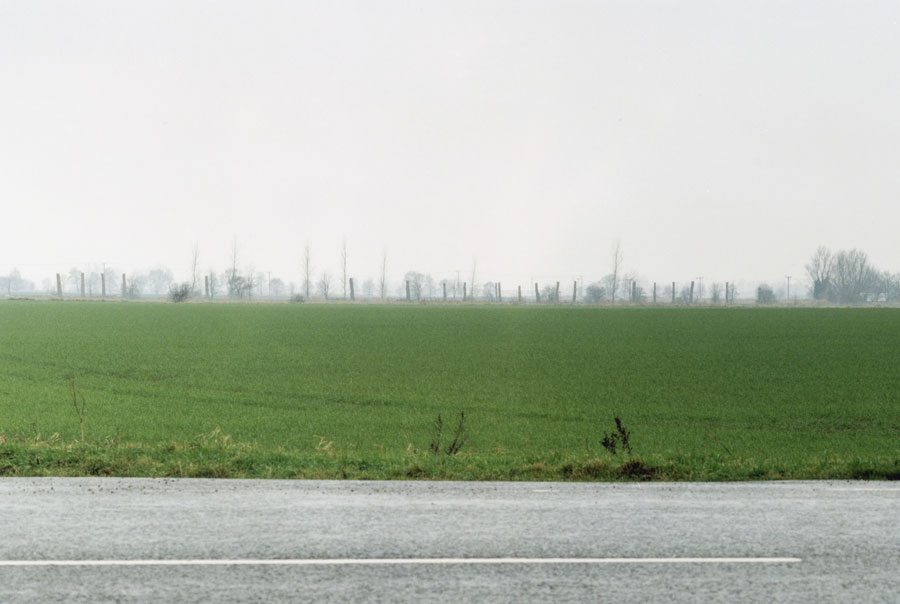 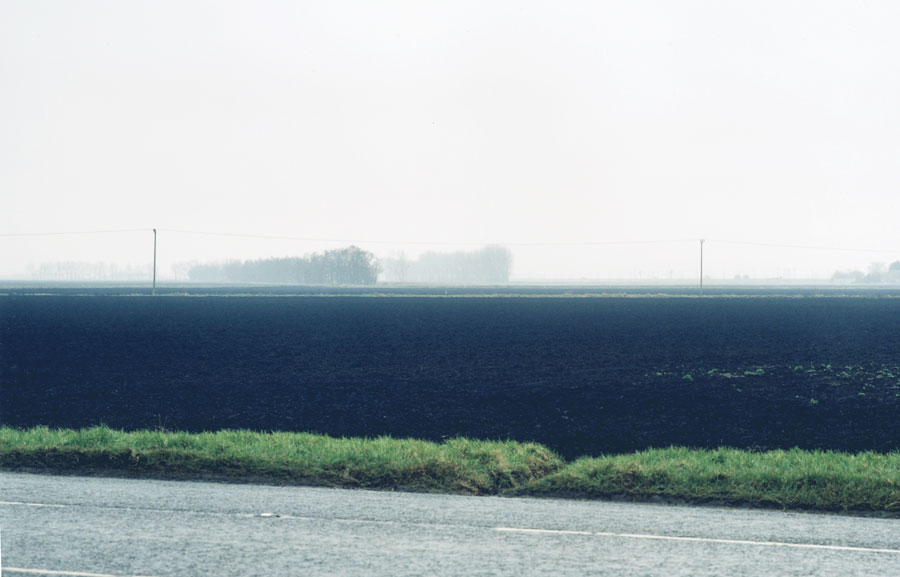 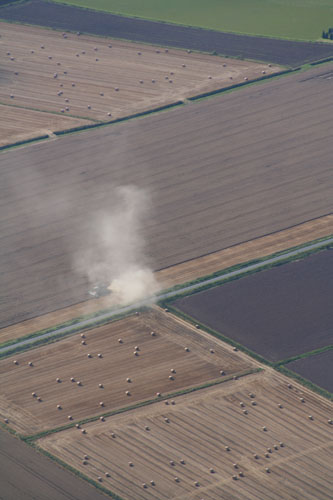 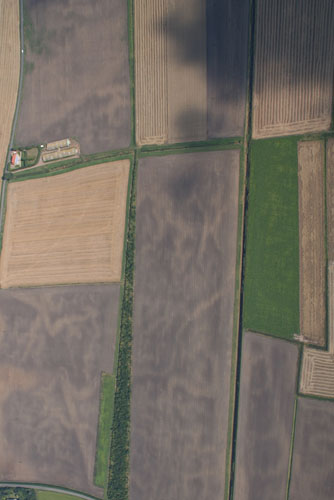 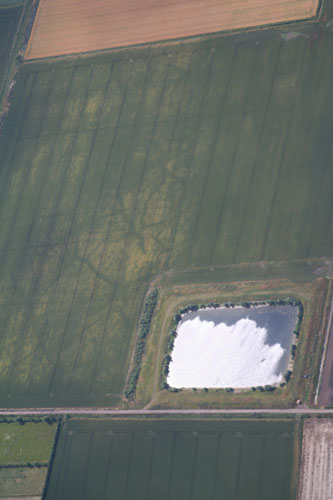 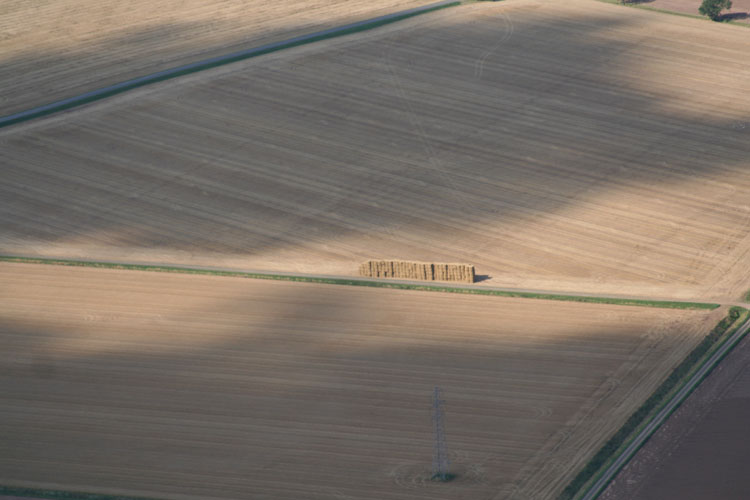 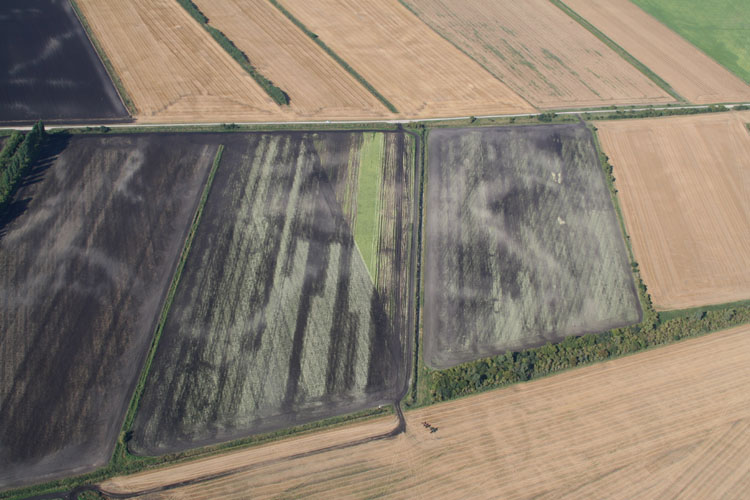 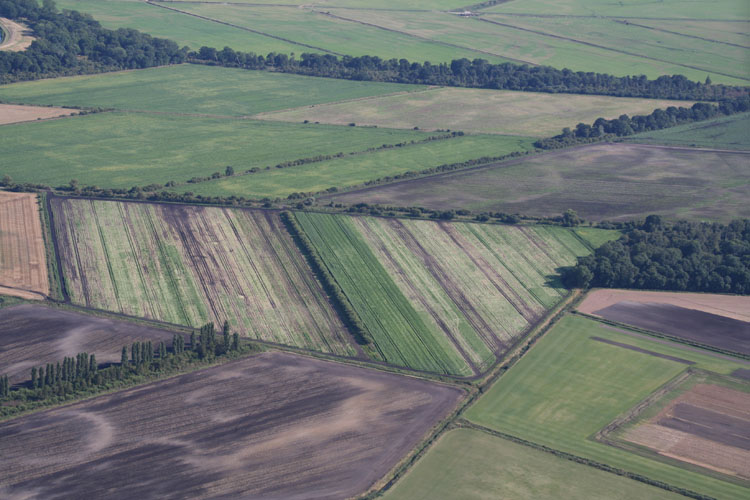 Drains, Cables, and Cuts is a new photographic/video installation by Annabel Howland consisting of Howland’s signature cut-out images, a series of related landscape photographs and (a first for the artist a digitally animated film. (King's Lynn Arts Centre, 14 January to 25 February, 2006). The focus of the project is the landscape of the East Anglian Fenland, rendered as a complex network of lines through the lens of a camera or a series of highly tactile cartographic abstractions.From the ground, the flatness of the Fens makes everything appear in relation to a vanishing point or an ever-present horizon line. From the air, however, this unique landscape reveals itself as an intricate, evocative space of overlapping lines and contours. The paths of old watercourses visible in the soil diverge from their contemporary counterparts or converge with other features, such as physical or administrative boundaries.

Commissioned by Film and Video Umbrella and Norwich School of Art and Design, it is the latest in a series of works on the theme of landscape and technological innovation produced as part of Silicon Fen, a three-year programme of artists’ projects supported by Arts Council England East. This staging of Drains, Cables, and Cuts received additional support from the Mondriaan Foundation and the Fonds voor BKVB.