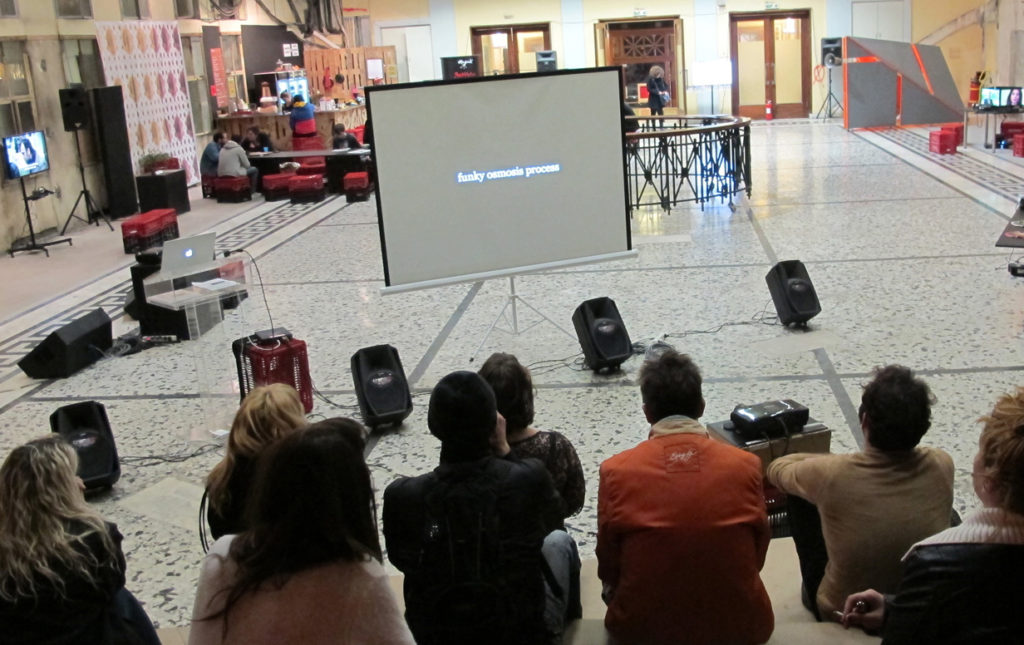 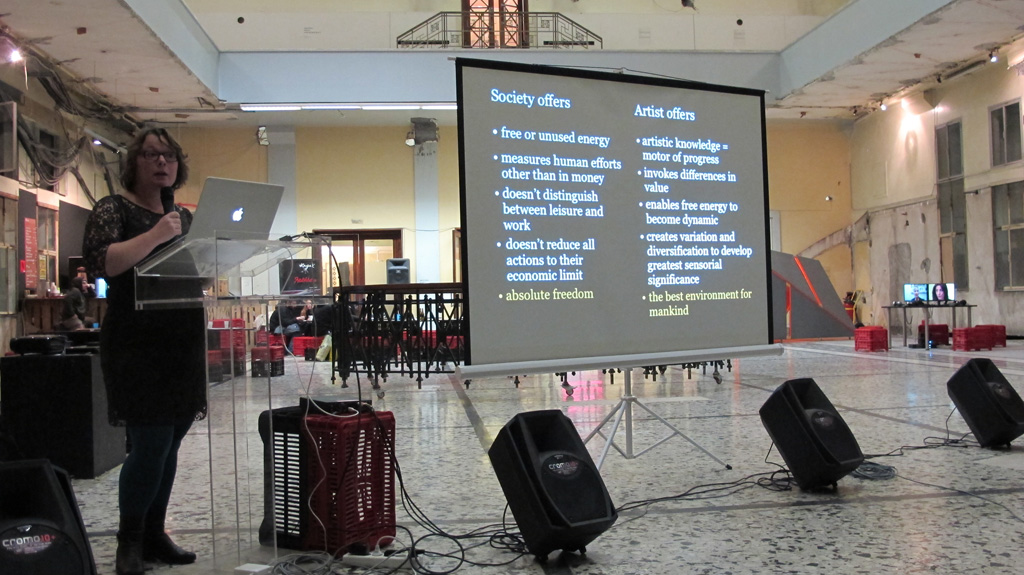 Producers-Parasites-Hosts (Athens Mix) was part of a performative lecture with Hilde de Bruijn (hildegoesasger.org) in the “Non-Serious Lecture Programme” (on economy and value) at the Athens Biennale, November 2013. This work was also published on openDemocracy, 19 February 2014, as part of their Just Money debate.

‘Artists and scientists investigate life and our environment at fundamental levels, driven by a deep curiosity about the substance of life and matter. Wondering what happened to scientists of her generation who moved into finance in the 1980s, artist Annabel Howland tracked some of them down and recorded a series of interviews for her ongoing project Producers-Parasites-Hosts. Through intricate editing, Howland weaves a speculative web connecting art, science and finance. In the narratives that emerge, stories of lasers, kidneys and chemical compounds mingle with microbial cooperation and human debt.’

The lecture with Howland was part of De Bruijn’s research into the relationship between contemporary art practices and the thought and writings of avant-garde artist Asger Jorn (1914-1973). Jorn’s texts occupied an outspoken position in the philosophical debate about the position of the artist in society. De Bruijn´s talk was a non-conclusive attempt to communicate some aspects of these writings in the light of the “Value and Economy” theme of the Athens Biennial lecture series, and against the background metaphor of parasitic/symbiotic life.